Where next for the Bond CESA tool? 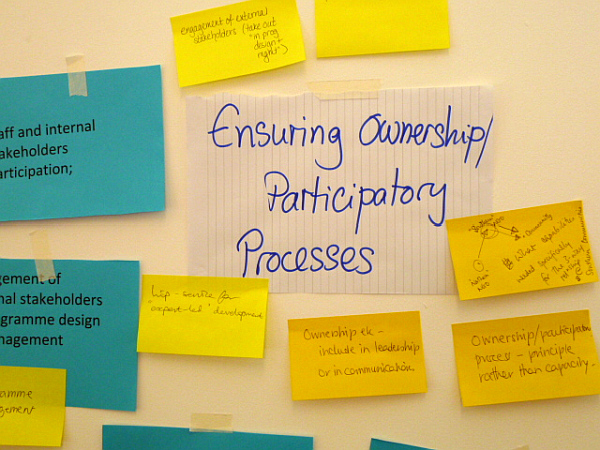 At the end of December, we finished the second (and more or less final) draft of the Capacities for Effectiveness Self Assessment (CESA) tool for Bond. It has been a good process, starting from about February last year, with many people and organisations giving their time to pilot, reflect and give us feedback.

The challenge for us in the second round of pilots was to really simplify the language, reduce overlapping, and cut down on the amount of text. In describing some of the capacities, we wanted to avoid generalities – but had to balance giving more detail with a need to be brief. We eventually filleted each capacity down to 2-3 key components, with a clear progression for each one.

From the beginning, our brief has been to design a tool that can be used by any organisation – large or small, whatever their structure (membership, network, directly implementing etc). We did this in two ways: trying to ensure that the highest levels were a ‘stretch’ for all organisations, even large ones, while still being attainable for smaller organisations; and secondly, making the tool flexible so that organisations could skip areas which were not relevant to them (e.g. working with affiliates, or advocacy work).

In the end though, these design issues are perhaps not as important as the way the tool is used in practice – the quality of the discussions and analysis that is generated by thinking about the patterns and links between the different elements which contribute to effectiveness. As the pilots showed, each organisation can approach the process in very different ways – and will get different things from their reflection process. So to that extent the tool is already showing how versatile it is.

Bond is now working on the online version of the tool, for it’s launch in the spring. We’re looking forward to following how it evolves – the benchmarking, peer learning and other features are still all to come.