The shrinking space for civil society – the Western Balkans 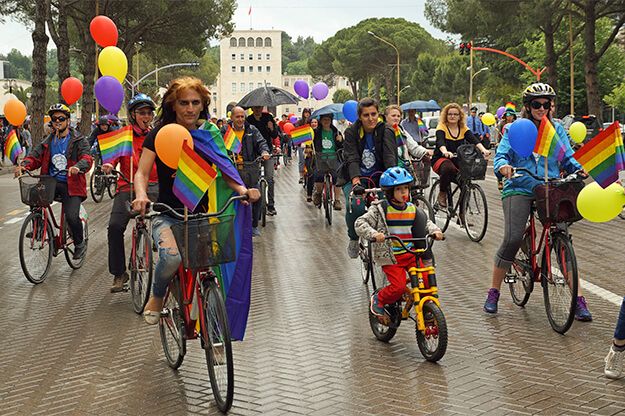 I am currently pondering the development of a training, or perhaps a participatory learning process on how to work with and support CSOs in fragile states and insecure environments.  From my experience of working in such places, one of the biggest issues facing CSOs is finding or creating a safe space in which to work, one where the CSO is free from restrictive laws and draconian state regulations and is not subjected to threats of violence and other forms of reprisal, by state and non-state actors alike, for challenging power.

Restrictions on the space available to civil society activity are not only encountered in failed states and those in the throes of violent civil conflict. In recent years we have witnessed increasing and intensifying repression of civil society in countries, democratic and non-democratic, across the globe. Possibly arising out of, or reflecting a wider more general crisis in democracy in the world, the scale of this challenge to civil society is such that in its State of Civil Society Report 2017, CIVICUS asserts that, with only three per cent of the world’s population living in countries where civic space is fully open and 106 countries where civic space is being seriously constrained, restriction of civic space has become the norm rather than the exception and this should now be considered a global emergency.

In the Western Balkans, overall, the environment for civil society remains fairly favourable. However, populist nationalism still holds sway in many countries and in keeping, as it were, with the spread of populism and far-right opinions throughout Europe, this has led to general deterioration of basic freedoms and a tightening of the space for liberal civil society (and it is important to note that there are significant numbers of regressive and intolerant CSOs across the region, often allied to ethno-nationalist political parties). In the main, governments have not resorted to legal or judicial means to control or impede civil society, rather they have promoted an illiberal culture which condones verbal and even physical attacks on outspoken CSOs and the Media.  There are repeated reports of political campaigns against independent CSOs and the Media in Macedonia, Serbia, and Albania, and perhaps to a lesser degree in Montenegro, Croatia, and Bosnia and Herzegovina. George Soros, who has recently donated $18 billion to his Open Society Foundation (OSF) to support its mission to “build vibrant and tolerant democracies”, is almost persona non grata in his own country, Hungary, and that the OSF is viewed with intense suspicion. Across the Western Balkans, the OSF and CSOs funded by the OSF have been routinely subjected to vilification over the last few years, even in the new EU member country, Croatia.

Croatia is a good example of how civil society is being pressured even in seemingly strong democracies.  After the fall of the last Social Democrat government in early 2015, the country has lurched to the right, with nationalist parties dominating first an interim government and now a coalition formed after elections held in summer 2016. While a new five-year strategy for state support to civil society is in the final stages of development, CSOs feel that they are coming under attack from the government. The interim government removed a number of benefits attached to NGO status, including making NGOs liable to pay profits tax on all economic activity.  In addition, government agencies have withdrawn cooperation with the NGO sector in a number of areas, including, for example, the blocking of all cooperation with CSOs by the national Teacher Training Agency.  It has been suggested that the current government has reduced the amount of grant aid available to civil society and that seeks to divide and rule by giving out only very small grants which are not of great significance to the greater majority of CSOs.

In Macedonia, legal and media attacks by the authorities on CSOs perceived to be in opposition to the government have been an increasing occurrence over the last few years, and were particularly severe in the run up to the December 2016 elections and the subsequent period.  During this period (and indeed since 2012) the country was in severe political crisis, which led, among other things, to violent protests, including the storming of Parliament in April this year by youth protesting at the failure of the ruling nationalist party to stand down in favour of the de facto election winners, the Social Democrats and their Albanian partners. In a victory of sorts for civil society, the Social Democrats at last formed a government on 31 May, but they have their work cut out to reverse the growth of an uncivil society that the previous regime promoted at the cost of space for real civil society to work in. From 2013, the governing party, VRMO-DPMNE, sponsored the formation of a great many NGOs whose mission has been to attack other CSOs and promote government policy.  In the post-2016 election period a new tactic was the formation of “patriotic” youth organisations reminiscent of Yugoslav communist youth groups. The increase of these pro-government, nationalist groups has been so great as to create reports of “patriotic” NGOs crowding out Macedonian civil society.

In the pre-election period there was a barely veiled orchestrated campaign against independent CSOs, including threats of violence. This intensified in the post-election period as CSOs made representations to the electoral commission regarding possible violations of the electoral process.  George Soros’ OSF came under special attack here, with the prime minister even calling for the “de-Sororisation” of Macedonia, while a government-aligned citizens’ movement, Stop Operation Soros, was established.  In the early months of 2017, the attacks on CSOs increased markedly, including a great number of financial inspections of NGOs receiving foreign donor funds, prompting the director of the OSF in Macedonia to declare that Macedonian civil society is under “unprecedented attack”.  Further information on events in Macedonia can be sourced from the CIVICUS Monitor.